How to bend the rules with wedding speeches! An article by Jenna Hewitt

The wedding speech is a big honour and a big part of wedding tradition but it can also be something peppered with fear and confusion (who should speak, how long for, in what order and when?).  There’s no shying away from the fact that a good speech is a highlight of the wedding meal, it can bring tears (of the happy and sentimentally variety) and fill the room with belly laughs of fun.  But… done badly the speech can be remembered for all the wrong reasons.  I don’t know about you but I certainly have ‘that’ speech memory that makes me feel slightly uneasy.

Today I’m sharing my advice on what makes a really good speech – the dos and don’ts – as well as the etiquette low down.

I’ll tackle the obvious question first.  Who should speak at your wedding? UK tradition was that it’s the Father of the Bride, Groom and Best Man (in that order and typically post dinner).  Father of the Bride, as first up, welcomed all the guests and then followed with a piece about his daughter, a ‘welcome to the family’ for his Son in Law and his family, finished off with a parting wisdom and a toast.

Next we have the Groom.  I personally think the Groom’s speech is the easiest of the bunch. Boiled down to the basics it’s about two things: saying thank you and saying something very lovely about his new wife (or husband).  In terms of the ‘thanks’ part, the Groom would normally start with the Father of the Bride (for his speech) and then go on to thank almost everyone else even vaguely involved in the wedding and planning.  By the time he’s finished this there is just about time to squeeze in a key piece about his bride before toasting the bridesmaids (and again thanking them) and handing over to the Best Man.  Phew!  That’s a lot of thanks.

Hands down the Best Man has the toughest gig when it comes to the speech.  First up you are last to go which means people are starting to get twitchy (they want to move, to go find a drink, go to the loo, dance…) and they’ve also had the chance to get a little ‘merry.’  Inhibitions within the audience start to fade and the temptation to heckle increase!  You are also expected to be quite funny – the comedian of the trio – and comedy (if you aren’t a natural) can be hard to do.  On the plus side your expected to be the joker of the pack so even if it unravels horribly you will almost certainly be forgiven.

So that’s the tradition covered but I’ve never been a big fan of following all the rules.  The world is changing and that includes the world of weddings.  People are more willing to bend the rules. I’ve known many Brides who take to the floor or weddings where the standard line up doesn’t make sense, in LGBTQ+ weddings or in the case of an absent Father of the Bride for example.  In the case of one of my weddings, the Mother of the Bride delivered the speech.  The Father was a self-confessed introvert when it came to public speaking so Mum took the role and it was brilliant. I’m not saying there is anything wrong with tradition, but if it doesn’t work for you, change it.

WHAT MAKES A GOOD SPEECH?

One fact that remains about speech making is that it is a lot of pressure.  To deliver something that hits all the right notes and be remembered for all the right reasons is high.  Whilst I am no public speaking expert I do have some experience in wedding speeches and here’s my advice!

Have you heard of wedding speech bingo or ever been to a wedding where your table place a bet on the length of the speeches?  If you have you’ll be nodding along!  Surely these games were invented by audiences wanting to make things more interesting?  No matter how funny/good a public speaker you are, everyone has a maximum concentration span, especially at the end of a long and filling wedding meal.  I would suggest anymore than 10 minutes and you are at risk of losing people.

On the topic of timings I often advise couples not to leave their speeches until after dessert.  After c. 2 hours sat enjoying a meal, people generally want to move, not face the prospect of further sit time.  If you want to keep as close to tradition as possible, start the speeches during the dessert (people often worry about the noise of ‘chinking’ but I’ve never found this an issue – in fact it will mean people slow down their eating and enjoy it more).  Another alternative is to break things up entirely – have a speech before the meal, as people are seated, and then follow with the others after.

Should you or shouldn’t you use notes? I think here the speaker should be able to choose whatever makes them more comfortable.  On a very emotionally charged day I don’t think there’s anything wrong with a few notes to boost your confidence and keep you on track.  I’ve only seen it go wrong once and that was when the speech was read literally line by line from a piece of paper without so much as a glimpse of eye contact with the wedding audience.

We were not all born to speak in front of an audience and, even if you don’t mind it, the pressure of a wedding audience and the gravitas of that event can be pretty overwhelming.  If you know you have people speaking who are in the ‘less comfortable’ bracket, consider letting them go on early doors.  It’s getting more than acceptable to have speeches before the meal and if it means your speaker can enjoy their food then that is surely a good thing?  Speaking early also minimizes the risk of too much Dutch courage being taken on.  I’ve witnessed far too many speeches get slightly sticky where people have tried (too hard) to calm their nerves with alcohol!

Yes, delivering a speech can feel like a huge pressure but it is equally a big honour and the advantages of the wedding speech is that the audience is friendly, relaxed and out to have fun.  You are also likely to know a good portion of the crowd.  It’s a happy event where people are willing you to do well and, failing everything mentioned above, they will more than likely be a little ‘overly refreshed’ themselves and will mind less anyhow!

Finding your perfect venue
How to handle children at your wedding
Finding ‘the’ dress
How to put together your wedding style
Wondering about wedding flowers?
Wedding day regrets (and how not to have them)
Your essential guide to wedding day timings 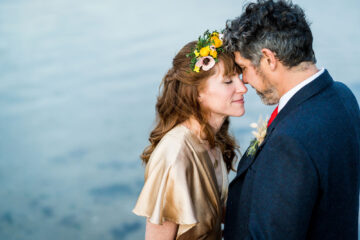 Lisa and Duncan’s is a beautifully unconventional wedding, and one we’re more than thrilled to be able to share with you today. The couple’s own words of wisdom are golden so we won’t waffle on, Read more… 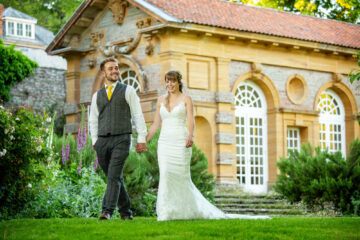 We’re bringing you all the sunny vibes today with this super lovely wedding from Somerset. Meg’s horse gets a starring role in the day, and even he couldn’t tell the sunflowers weren’t real (he had Read more… 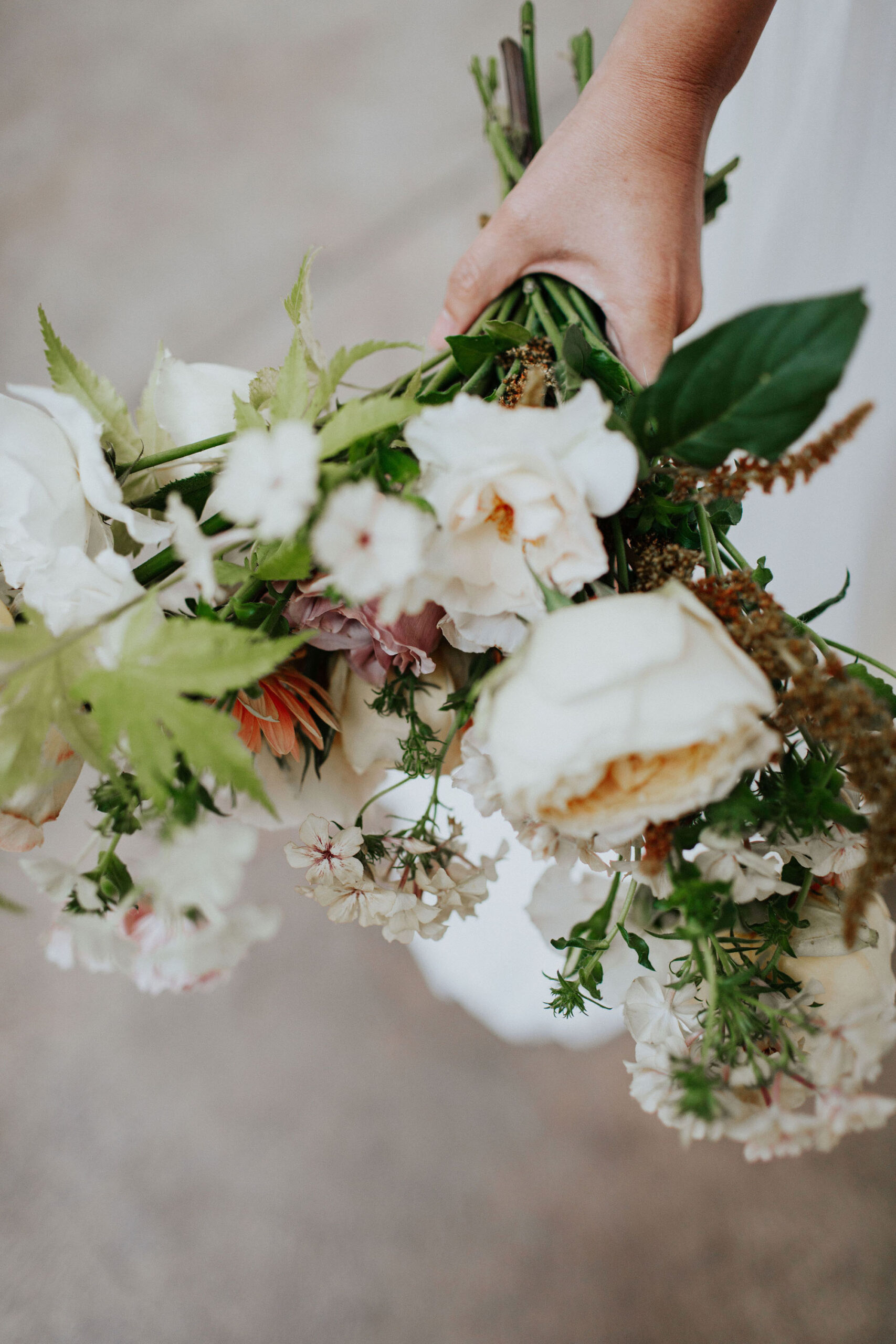 Emmeline Smith explores 5 ways to make greener choices for your big day – without making compromises – which can even save you money! 1. The Dress Whatever you chose to wear on your big Read more…

Happy Tuesday lovelies! I'm blogging from my patio this morning... it's not often we have glorious sunshine in the Lakes...