Hello lovelies! Did you catch today’s beautiful bridal inspiration feature from Somerley House with our fabulous new sponsor Weddings by Jenna Hewitt? If you weren’t around when I hit publish please do pop over for a look – it’s one of the most breathtaking shoots we’ve featured this year. If you did catch the feature, you’ll know we promised something rather special this afternoon…

The editorial film by English Wedding Directory member Baxter and Ted brings a whole new dimension to this styled shoot, and totally convinces me that having your wedding filmed is such a fabulous treat if your budget will allow. The fine art, almost film look of the editorial is simply beautiful. I am also totally in love with the last, slightly edgier bridal look from the shoot (which we didn’t include this morning).

“Shot in the stables, this was the most dramatic look with hair accessorised with a handmade piece by Victoria Millesime.  For this look I chose a gown from Luella’s Bridal that was clean in cut with simple fine straps and a beautiful dropped back, paired with bridal mules from Emmy London.” ~ Jenna Hewitt

Those incredible suppliers for you once again:

Just one tiny little detail can make your wedding look amazing. Today’s shoot gathers them all beautifully together – from a twinkling fairy light canopy to floral meadows and delicate floating candles for a romantic, Read more… 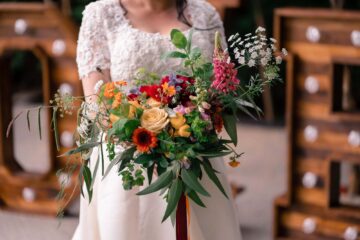 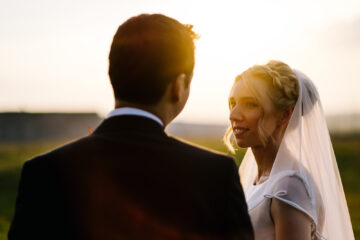 A wonderfully chic wedding in Hampshire, with exquisite styling and a lovely bride and groom. Stunning florals and a fabulous colour palette “we chose burgundy as our main wedding colour based on how good Dan Read more…

Somerley Estate sits right on the Dorset and Hampshire borders and is the stunning backdrop for this inspiration shoot.  A...