Personalising your ceremony: the no-rules, totally unique approach to saying I do!

“Your wedding ceremony should be the most important aspect of your wedding day. It’s the part that really matters, the reason you and your guests are all there and the reason for the reception afterwards – to celebrate what happened in that ceremony.”

By Lisa at the fabulous Carmela Weddings

In reality, it is the part of the wedding day that is most often overlooked and more time spent on décor and entertainment than the words you’ll say to each other when you actually get married. I get it. It’s not the fun part and because of the rules around what words have to be said/can’t be said when using a registrar, there’s often not a great deal to decide on anyway other than some music and a couple of readings, right?

Wrong! There’s another way to make your ceremony really special that not many couples know about, although it is becoming increasingly popular as couples really want their whole day to reflect them and their personalities. I’m talking about a celebrant-led wedding.

The main reason people started to use us celebrants rather than registrars was actually the increasing popularity of getting married somewhere different. Unless the room is licensed, then a registrar couldn’t marry you in it. This meant that everybody who wanted to marry outside, have a festival wedding, marry somewhere unique like a warehouse or even in their parents’ garden had to find a different way and that’s where celebrants come in.

Let me get something straight as a qualified celebrant myself – we cannot legally marry you. What this means for most of my couples is that the day before their wedding (or sometimes on the morning itself) they go down to the registry office in their jeans with 2 witnesses to do the legal bit – there are certain things that have to be said and then the register needs to be signed and you’re done. You can let the registrar know there will be no music, readings, vows or rings and it takes about 10 minutes. That’s the legal bit done.

Then the ceremony that the celebrant performs, wherever the couple wants it performed, is viewed as their ‘actual’ ceremony and actually, most of the time, the couple’s guests don’t realise it’s not their actual ceremony.

In more recent years, using a celebrant has become more popular even where the couple is getting married in a licenced venue. I think this is because the ceremony can really be personalised to be about the couple and their families. It’s certainly why I became qualified to be a celebrant. As a wedding planner, I made sure every part of the day was so bespoke and unique to my couples and would then be let down by a completely impersonal ceremony script that was the same as everybody elses’s so I decided to train as a celebrant myself! A registrar has to say the wording prescribed by law when they perform a ceremony, whereas we can write a completely bespoke ceremony for you. There are no rules at all so we can get to know you and what you’re like and what you care about and then add in readings and vows or even traditional ceremonies to make it right for you. You’ll also know that nobody else has ever had the same ceremony as you.

Having a bespoke ceremony can really work well if you are marrying somebody of another religion or culture and want to have a fusion ceremony where both religions or cultures are recognized. Registrars are not allowed to mention religion at all (you aren’t even allowed to have Robbie Williams’ song Angels played during the ceremony because of the word Angel – it’s that strict!) so using a celebrant means you get to choose what can or can’t be said.  It’s also great if there are children involved as they can be added into the ceremony too.

There are different types of celebrants such as a humanist or alternative celebrant. There are some that won’t speak about religions and some that will so if you do choose a celebrant-led wedding, ask the right questions. I’m an independent celebrant, which basically means I write and perform a ceremony according to whatever my couples want and I don’t have any rules on what that should be. I also help the couple find readings, music and write their vows if that’s what is needed. Basically, make sure the ceremony becomes as personal to my couples as the rest of the wedding day because to me, it really is the most important part of the day.

Carmela Weddings are Sam and Lisa and they’re not your average wedding planners.
They believe that luxury and edgy are a perfect match – and make it their mission to bring them together in weddings that are unforgettable. 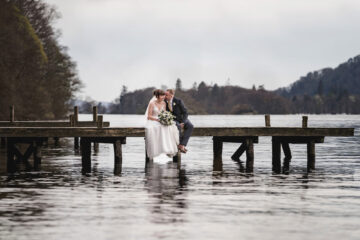 Header image by Jaye Peg Photography Sustainable weddings, to us, means a happy experience and stress free planning. Sticking to a comfortable budget is a huge part of that. If you haven’t been following our Read more… 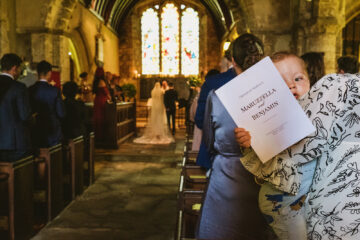 When the planning is done and the guests on their way, all you want to do is enjoy your day – and gorgeous couple Maruzzella and Ben did just that! The happiness just shines from Read more… 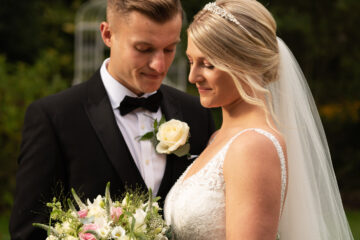 A lovely, romantic wedding from the heart of Warwickshire, with a highly recommended photographer and some great little tips for Midlands wedding suppliers! The details are timeless and feminine, the styling classic in white and Read more…

What to expect from your first wedding dress appointment

Booking your first appointments at bridal boutiques is exciting - and the experience you have should be lovely, one you'll...