You’d be forgiven for thinking that the engagement ring is the most important piece of jewellery when it comes to getting married, as no one seems to make as much fuss over a wedding ring.

But arguably, the wedding band is the more important ring of the two. While the engagement ring represents the intent to create the union, the wedding band symbolises the actual sacred union of marriage. Although not all cultures wear wedding rings and of course, it’s down to personal choice if you want to wear one at all, for many, the exchanging of rings is one of the most important parts of the wedding service. It’s a physical symbol of the union, tying the couple together – it really does seal the deal! 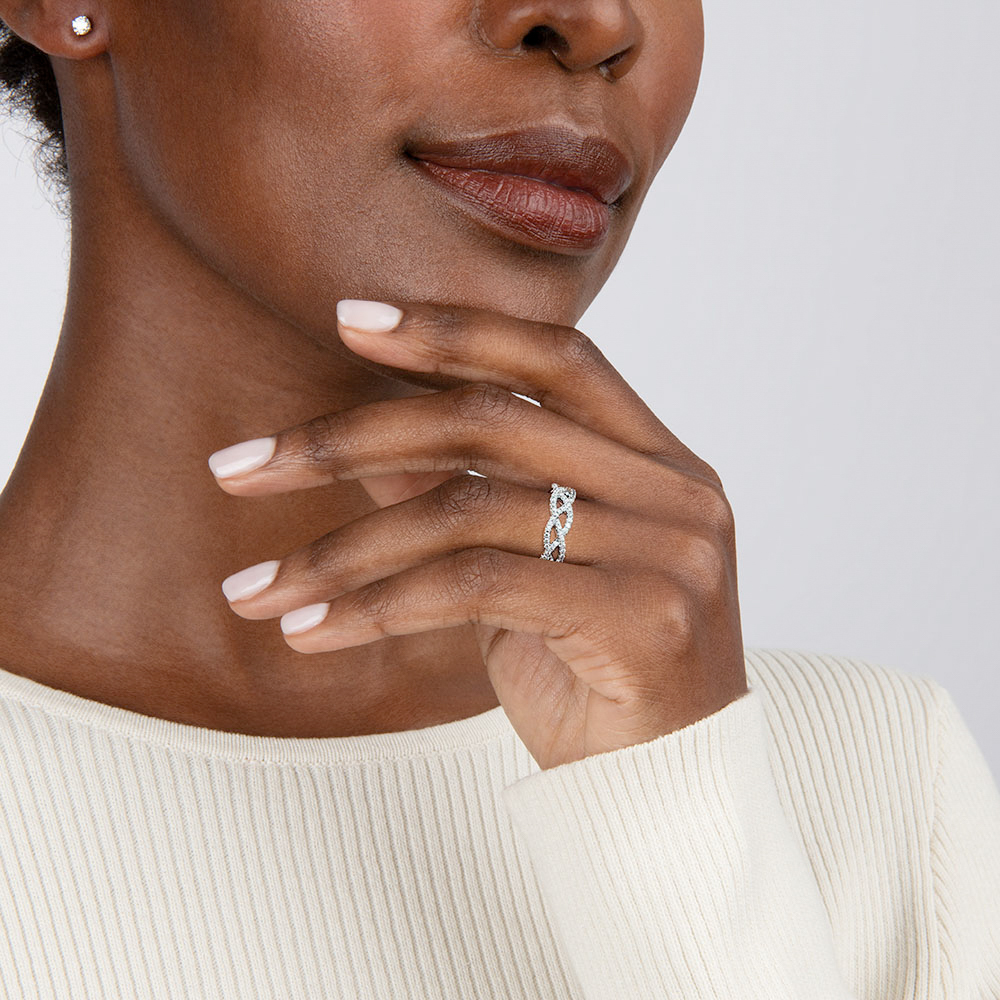 Why do we do that?

But have you ever thought about why we wear a ring to symbolise marriage? The exchanging of rings for an engagement or wedding is certainly not a modern invention, in fact, humans have been wearing wedding rings in one form or another for 5,000 years! There’s evidence that the ancient Romans, Greeks and Egyptians wore wedding rings of various descriptions. The Romans were also known to use chains and bracelets to symbolise bonding between couples, which later evolved into rings.

Evidence has also been found which shows the ancient Greeks used to wear betrothal rings, made from hemp, leather, bone, or ivory. In some cultures, wedding rings are worn on different fingers, or on the toes.

And have you wondered why we wear them on the fourth finger of the left hand? That tradition originates from the ancient Roman and Egyptian belief that the mythical ‘vena amoris’ – Latin for the vein of love – is located there. They believed the vein ran directly from the ‘ring finger’ on the left hand, straight to the heart.

Traditionally, it was mostly women who would wear the ring, while the culture of both bride and groom wearing a wedding ring in the UK, only dates back as far as WWII. Soldiers started wearing them while they were off fighting to remember their wives back home. The trend for men and women to wear wedding bands continued after the war and became commonplace during the 1905s. Now a wedding ring has become accepted, not only as a symbol of love, but also a visible sign that the wearer is married and therefore no longer available. 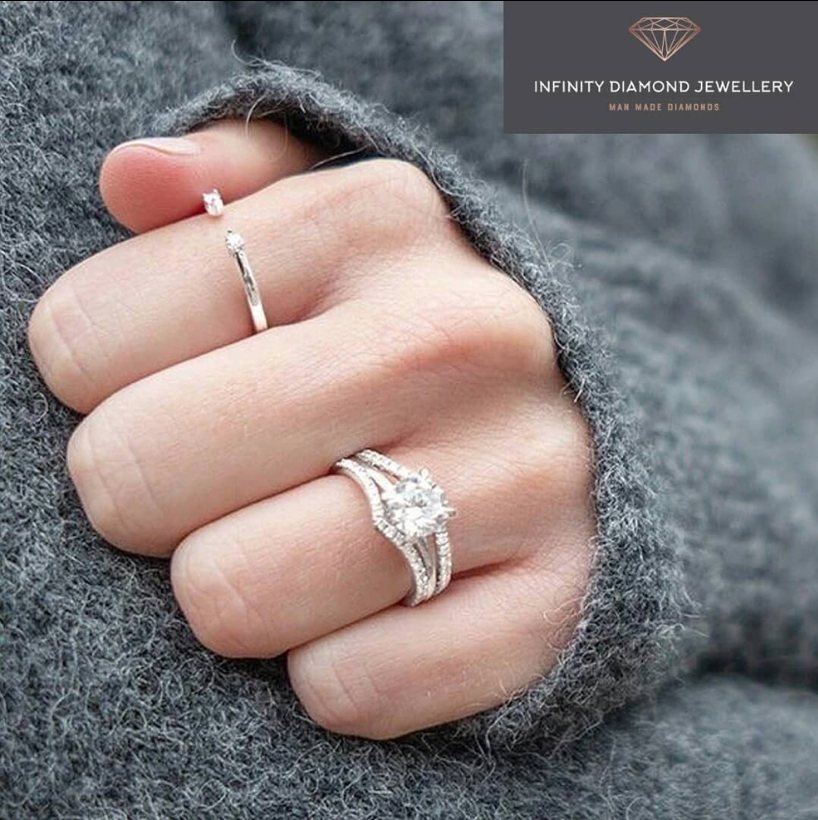 Nowadays, wedding rings are given as a matter-of-course by many, as couples exchange them to show a physical commitment of their love for each other, but originally, the meaning was more of a formality and a transaction. Rings were once exchanged to symbolise a contract between two families – Roman men would present a ring to the bride’s father as a symbol of purchase! It also showed that he was a man of means and had enough money to support his new bride. Whereas today, the exchanging of rings has more romantic connotations.

Most believe the exchanging rings on the wedding day represents the unbreakable, life-long bond between the couple. Although once a Pagan tradition, the swapping of rings as a token of love and fidelity is now common in many cultures and traditions.

And with this in mind, it’s not only essential that you pick rings that you love, but also that they’re robust enough to deal with any knocks and scrapes they may face in everyday life. There was a time when wedding bands were a simple gold or silver band, but increasingly, couples are opting for more elaborate rings, with stones set in the bands, which match, or compliment the engagement ring. 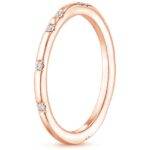 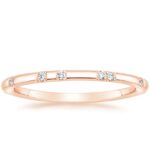 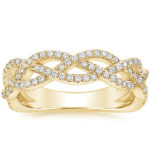 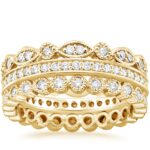 Infinity Diamond Jewellery have a wonderful collection of wedding rings in a wide variety of styles made from lab-grown moissanites, which offer all the sparkle and durability of diamonds – with a much more affordable price-tag! Their moissanite wedding bands are not only stunning, but they’re also much kinder to the environment than mined alternatives. They have a great choice of wedding and engagement ring stacks which are specifically designed to be worn together and complement each other perfectly.

All of Infinity Diamond Jewellery’s rings can be made in the metal of your choice, including platinum or rose, white or yellow gold. Plus all the gold they use is recycled for extra eco-points! Plus you can choose the size of the moissanite you want, so you can tailor the ring to suit your style and your budget. So, if you’re after something with a little bit of zing and brilliance, this is a great website to start your search.

Wedding Rings – Did you know…?

The fede or gimmel ring is one of the original inspirations for today’s wedding rings. The phrase ‘Fede mani in fede’, is Italian for ‘hands clasped in faith’, meaning loyalty and fidelity. They became popular in medieval Europe and often consisted of two or three hoops that link together to form one ring. Others depict two hands clasped and are thought to date from the Roman period, representing a binding pledge between two people.

A posie (or poesy) ring was traditionally made from gold or silver, with an inscription, either on the inside or outside of the ring and was the height of fashion during the 15th-17th centuries, in England and France. They were given as gifts of love and the wording could be in Norman, French, Latin or English, including religious quotes or declarations of love. Original examples include, ‘God made us two one’, ‘As gold is pure, so love is sure’ and ‘In love abide till death devide.’ [sic] Which I think are still rather romantic quotes for a wedding ring inscription today!

What’s the buzz about lab-grown diamonds?

Sponsored article by English Wedding member Infinity Diamond Jewellery In 2020, the BBC stated, ‘Young people are falling out of love with mined diamonds because of their high environmental and humanitarian costs.’ So what are Read more… 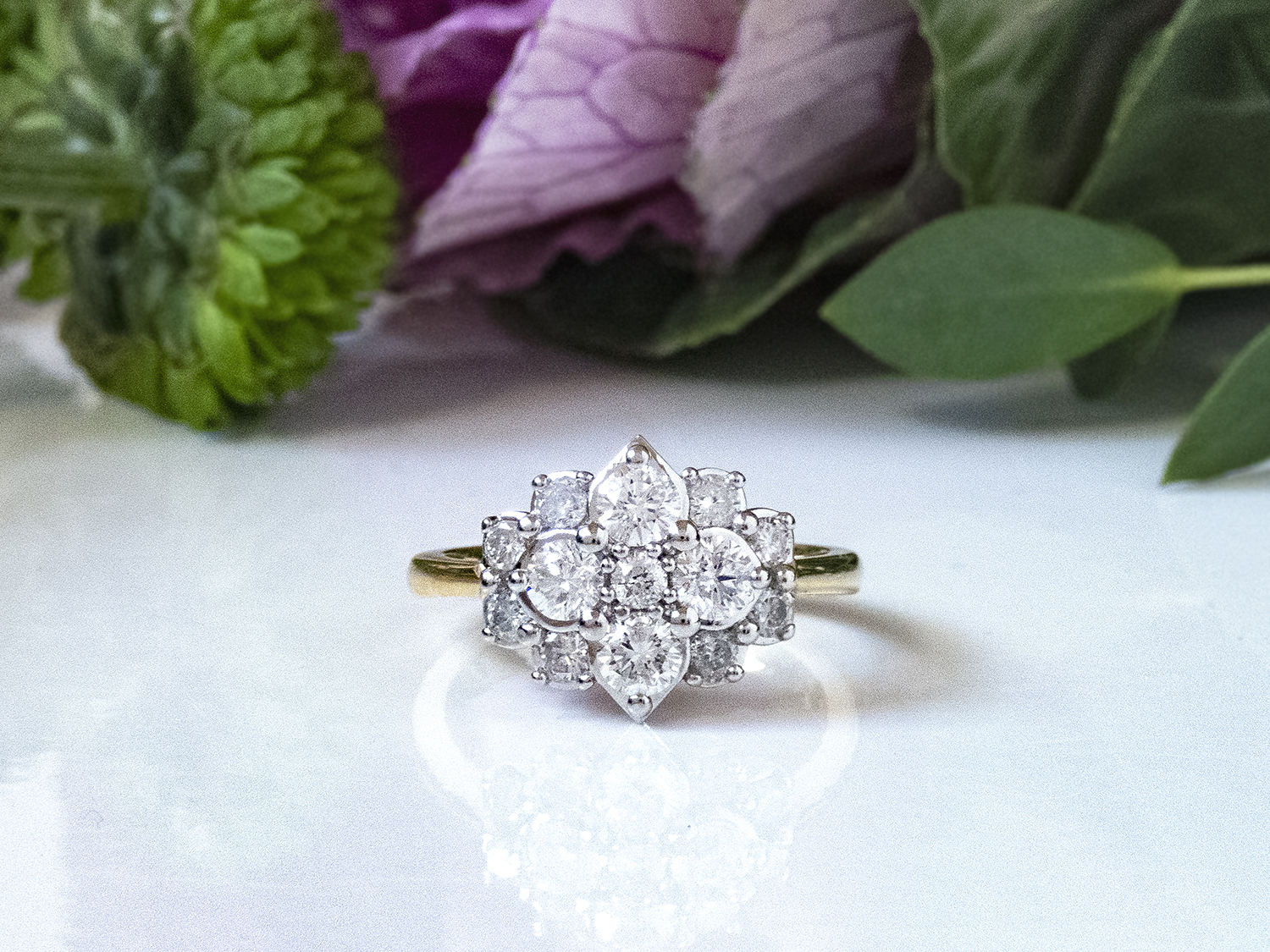 Everlasting stones for everlasting love: how sustainable are your wedding rings?

There’s more to this article than meets the eye. Lovely Sarah speaks from the heart about her custom made wedding rings with vintage and family heirloom gems. And she won me over the first time Read more… 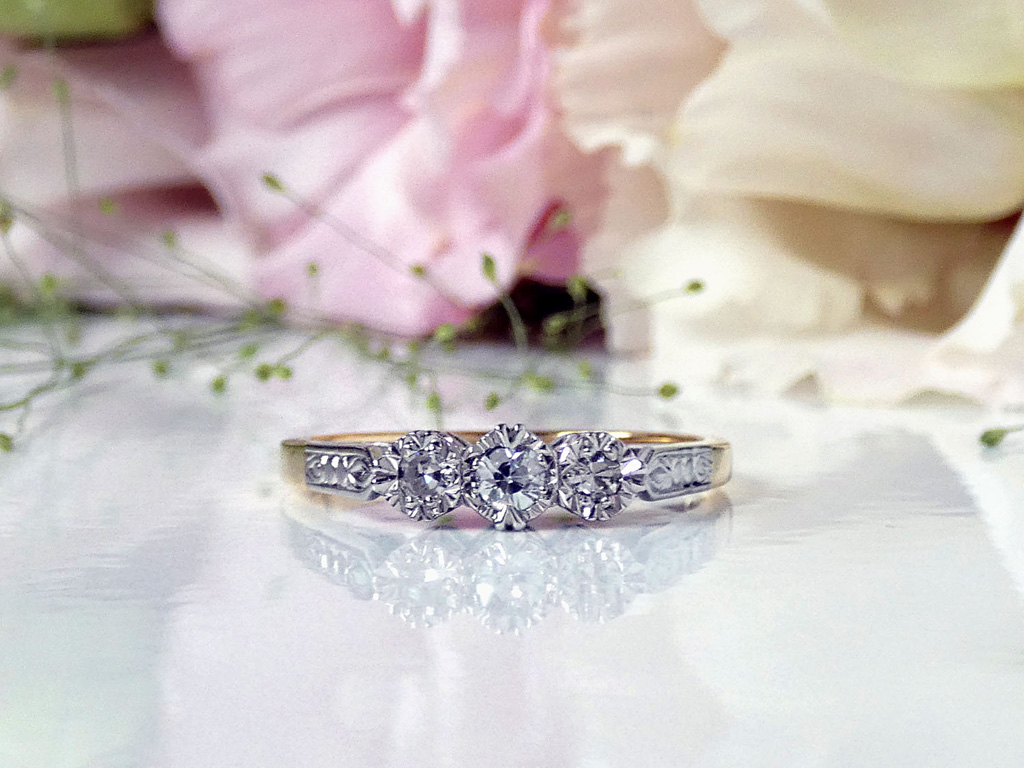 You’re so lucky to be here, at the beginning of your wedding planning journey. You’re about to discover a world of creative, skilled and passionate craftsmen and women who will help you along the way. Read more…

A joyful and romantic celebration for gorgeous couple Neil and Paul and their amazing family and friends. This is a...