How many words do you think are reasonable for the heading of a blog post? And how long do you think it takes to write a blog post heading? About thirty seconds? No. A minute, maybe? No. Five minutes. Because Caroline and Adam’s beautiful wedding day has so many elements I don’t want you to miss! They say bloggers shouldn’t stress about writing everything in the title. Well, ok then. But just for the record, this one’s:

The images were very kindly shared by wedding photographer Simon Kemp from Hyde End Studios. I loved the images and the style of the day – there are lots and lots of lovely wedding ideas here for you! Beautiful bride Caroline sent me the best wedding report too – so I’ll leave the writing to her (she’s brilliant – she won’t witter on like I do…)  See more...

Please do indulge my wedding inspiration board phase… I absolutely love doing these right now! Perhaps it’s because I’m being sent so many brilliant photos at the moment. Wedding photographers are such a generous and creative bunch of people 🙂

So – this is part 3 of Claudia and John’s wedding in Devon, on the English Wedding blog. They combined their Australian heritage with a vintage inspired, English country garden theme and created something really special. Here’s how you can recreate that look for your own wedding day!

How to recreate this country garden wedding look

For your wedding flowers use a mix of colours. Imagine a meadow of wildflowers: there’s a glorious mixture of colours in there, right? So use pink and blue, white and yellow and include your favourites if you can: daisies and sweet peas look gorgeous, cornflowers are striking and big rose blooms make a beautiful statement.  See more...

You’ll love this, it’s a wonderful story and a gorgeous celebration of love. Heather and Titus were married in London a few weeks ago, bringing together their families from Canada and Scotland. One beautiful moment caught my eye when I first saw the wedding on the Green Olive Wedding Photography blog – Titus wraps Heather all up in the biggest, cuddliest hug you could imagine – and in seconds my heart melted. Watch out for that pic as you enjoy the images kindly submitted by Green Olive Wedding Photography.

Heather was really generous with her account of the wedding day, sharing details and secrets of how they planned a beautifully inclusive and intimate day for all their family and friends. I’ll hand over to Heather to share her story.

“We wanted to have a planet-friendly and homemade wedding, keeping as many things UK-based as possible – the company who made our rings, wedding favours, and refreshments. In addition to the vintage dress, rented kilt, homemade veil and bouquet, our centre pieces were wooden roses in old beer bottles that the guests took home and the wedding favours were personalised tea towels.  See more...

Morning everyone! Hope you’re having a good day already, I know I am – it’s all systems go with a fab wedding calligraphy order today. I’m feeling sunny inside and loving my work!

Here’s hoping I can pass some of these smiley vibes to you! How? With a bit of wedding inspiration for you…

Yesterday on the English Wedding blog I featured Lisa and Dean’s fab alternative wedding, which Photo Shmoto‘s Laura submitted to me a couple of weeks ago. I loved the style of their day and thought you’d love a separate feature, a ‘get the look’ blog post with those lovely electric and pastel blues and lots of yummy vintage details.

Isn’t it incredible to think of the wonderful wedding celebrations we can create these days – from tipis to castles, marquees to manor houses and more.

As I sit to write this wedding blog post I’m more than a little overwhelmed by Ellie and Dean’s wedding venue: the former home of Henry VIII and a succession of kings and queens after him, architecture designed to rival Versailles, with 60 acres of beautiful gardens…

Back in King Henry’s day who’d have imagined a lovely couple like Ellie and Dean would be getting wed in his palace… but if you ask me it’s days like this that Hampton Court Palace was made for. You’re going to love this wedding blog feature.

Ellie’s wedding dress is Duyen by Cymbeline, which she bought from Miss Bush Bridal Wear in Ripley. I love the classic shape of the dress with all that beautiful lace… and it looks incredible on Ellie.  See more...

Phew… I think it’s time for a gorgeous wedding today, don’t you? Something to enjoy, smile, admire and swoon a little for.

Martyn Norsworthy fits the bill – an award winning wedding photographer based in gorgeous Devon, he sent me photographs from Maria and Lloyd’s dreamy Dartmouth Castle wedding and I settled back to swoon over these very special moments, images and more from a stunning wedding day.

I really think you’ll love these pictures: half wedding story and half inspiring details with a gorgeous bride in an Ian Stuart wedding dress – this is right up my street for creativity, glamour and elegance!

Setting the scene… Maria and Lloyd went for a vintage inspired theme with a beautifully mixed bridal bouquet and sparkling jewellery.

And for me there’s nothing more exciting than an Ian Stuart wedding dress. I mean wow… the extravagant detailing is just amazing.

As I’ve said before, I’m a complete sucker for sentiment. Every day I wear my engagement ring, my mum’s silver ring that she bought when she was a girl, the ring David bought me for my 21st, and the earrings he bought me from Italy. Until it recently broke, I also used to wear my great grandmother’s ring that she brought back from Russia for my grandma (who said it was hideous, which is why I have it!). None of them ‘go’, they are all different metals, stones, styles… but I have to wear all of them on my wedding day! The way I see it is I am wearing a piece of jewellery from each corner of my family, and the sentiment means so much more than having everything ‘matchy-matchy’.

Just a short post and yet again it’s on the subject of vases! I bought a pack of 12 vases which you can buy from Ikea, eBay, Wilkinsons etc, you’ll recognise the shape no doubt, and I mainly bought them for back up in case we needed a few extra for the wedding (little did I know I’d end up with as many as I did!) I refound them a week or so ago, and felt it a waste not to use them, and had been to a haberdashery shop that day buying a ton of lace in cream, coffee, pink and blue.

I thought I’d give customising them a go, not too bothered whether I liked the results (12 vases cost around £7), but I love them! I think they look so elegant, and fit more with the whole vintage look of a few of the other details I have planned.

Just a short post about something I forgot to blog about earlier: my blackboard signs. These are so easy and cheap to make, but are such a nice touch and keepsake, or even to give away as a thank-you gift after the day.

Blackboard painting! (Probably not the best idea on the dining room table..)

The idea originated from my Dad (who owns a printing business), when he said “Oh I’ll do a sign for the bottom of the drive to show guests where the house is” as, basically, we live in the middle of nowhere. I thought it would be a nice touch to have a big gilt framed blackboard saying something along the lines of “Dav & Sal’s Wedding” or “Wedding This Way!”, and handily I had a spare gilt mirror lying around the house since we moved.

Like most of the wedding paraphernalia (vases I’m thinking of you), I got a little carried away. I ended up making smaller blackboards for the cake table (to say ‘Let them eat cake’), the guestbook, parking, the toilets, etc. They’re so cute though, and we’ll be using them for our couples shoot idea which I’ll be blogging about soon.  See more...

Yay! I’ve been waiting to see this piece of film about The Future of Vintage bridal photo shoot I featured last week on English Wedding. Into my inbox it popped yesterday and it’s brilliant! (Literally! – those colours… that sunshine…)

The Future Of Vintage Shoot from silk wedding videos on Vimeo.

Tom Harrington – previous star of his own engagement shoot on English Wedding – is the director of Silk Wedding Videos in Manchester, and was a big part of The Future of Vintage shoot at Styal Lodge.

“The future of vintage shoot was great fun to be involved in and an excellent opportunity to get some of the very best names in the wedding industry together to do what they do best!

“Jonny Draper is an incredible photographer and a good friend of mine. When he mentioned the concept of the shoot at Styal Lodge I thought it was brilliant. Vintage is very much the thing that a lot of people are looking for on their weddings. So to see how this was going to be taken forward really interested me.  See more... 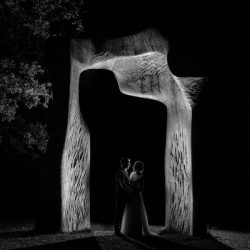 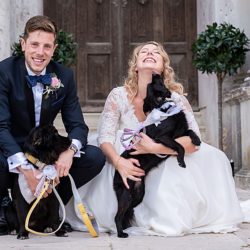 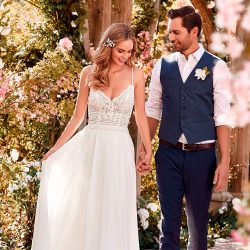 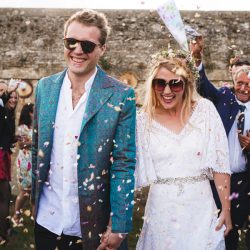