Ready to throw away tradition, and eschew all those notions of dancing to the tried-and-tested at your wedding reception? New music is emerging all the time – so why stick to what’s already been done on your once-in-a-lifetime day?

If you’re a cutting-edge contemporary couple, or you simply want to make a statement by defying expectations, we’ve put together a list of infectious dance tracks and romantic stripped-back ballads to help inspire your wedding playlist.

From country blues to contemporary pop and dance floor filling house beats, here are 20 modern songs you and your husband or wife-to-be can use to make memories and strut your stuff on the dance floor. They guarantee a night you’ll never forget!

We start our list with an upbeat anthem from distinctive Bristolian vocalist George Ezra, influenced by the heady emotions of romance when he penned this on his 2018 album “Staying at Tamara’s”. The female vocals you hear on the track are those of Florrie Arnold, also on drums, who was dating Ezra at the time. If you’ve held onto those fledgling, falling-in-love emotions, well, this song’s the one for you on your wedding night!

Got a summer wedding in mind? After crashing their hot air balloons together one sultry afternoon, Sigala and Paloma Faith united on this smile-inducing summer track in 2018. While the pair have managed to avoid putting the word “love” in the song title, it is, in fact, a love song, embracing the desire to return to the person who always stands by your side.

We should all recognise this 2017 dance pop tune from now legendary troubadour Ed Sheeran, since it was played nearly 7 million times within 24 hours of its release on Spotify (the previous record was One Direction’s “Drag Me Down” at just under 5 million streams). Ed’s met a girl at a bar and is finding his heart pulled to her like a magnet. We’re sure you (or someone at the party) can relate!

No, we don’t think Rag’n’Bone Man Rory is being literal, even if he is a literal giant at 6 foot 5! We’re big fans of Rag’n’Bone Man – and his commodious vocals do justice to this feel-good, horn-heavy anthem as he sings of feeling huge from the strength his love has given him (not that we think he needs to be any bigger)!

Technically, “Just You and I” was originally released as an acoustic recording back in 2016 – making it perfect for your daytime reception. But equally we love this new version for 2019 – which, unsurprisingly, has achieved more success – Scottish singer-songwriter Tom Walker was engaged by this point, giving the romantic love song (dedicated to his partner Annie) even more weight.

6. Rewrite The Stars – The Greatest Showman

The sheer popularity of “The Greatest Showman” made it impossible to avoid the soundtrack for our list. This duet between Phillip Carlyle (Zac Efron) and Anne Wheeler (Zendaya) celebrates the optimism of being able to rewrite the stars and ignore the societal barriers to embrace their forbidden love. This one’s perfect if you’re looking for a statement when defying those disapproving in-laws!

Uptown Funk was way back in 2014, so we forbade ourselves from including it on this list – instead, raise the roof with Bruno’s Uptown Funk pastiche, 24K Magic. All the same vocals and responses are there, alongside the grunts, “hot Damns” and “hands ups”. Love him or hate him, we just hope the bling in Mars’ music video is actually 24 karats, otherwise we feel very deceived indeed.

George Ezra makes it to our list again and we have no regrets. Still from the same album we mentioned before, “Staying at Tamara’s”, Shotgun was inspired by the beautiful gardens of a hotel on Barcelona’s MontjuÔc Hill. The name of the album is even derived from the owner of the apartment Ezra stayed in, and the sunny vibes make this the summer anthem right now – a must have if you’re tying the knot under blue skies.

Raise your voice with this fiesty banger from Jax Jones. Sure, the song’s about a cheating boyfriend, but with collaboration with London R&B singer-songwriter Mabel, Ring Ring (which also features a verse from Atlanta rapper Rich The Kid) is a rhythmic 2018 dance-pop song and the perfect way to enjoy some infectious grooves as the night sets in.

This might just be the ideal song if you too happen to be enjoying a lavish reception in the magnificent Jacobean manor Hatfield House. Even if you’re not, you can still enjoy a romp to this now recognisable chart-topper, which debuted at #1 on the Billboard Hot 100 – a nice way for the band to reunite after a six year split!

The perfect way to slow the pace for an intimate, simmering moment, “End of the Earth” feels vast, laden with retro-inspired synths to bring home Marina’s macrocosmic statement of all-encompassing love. An excellent way to remember your partner for the years to come.

Departing somewhat from his doom-laden debut album, James Bay explored the relatonships he’s formed from his tours across the world, embracing “unity and inclusion” he says. It’s another pleasant slow burner that’ll add some optimism to your night and give pleasant memories to return to down the line.

The lead single from the second season of heavygoing teen drama “13 Reasons Why”, Selena Gomez ladens this upbeat, country-dance-pop love ballad with optimism, romance, beauty, and acoustic elements that tie it to her other singles, “It Ain’t Me” and “Wolves”.

Maroon 5’s Adam Levine is showing his appreciation for Behati Prinsloo (after a parade of other women, according to the music video) in this upbeat love song, though it hasn’t stopped it becoming an catchy love anthem for girls everywhere. The band’s fourth hit to reach number 1 on the Hot 100, it finally ended Drake’s domination of the charts in 2018!

American rapper Frank Ocean joins Andy Williams, Frank Sinatra and Chevy Chase as he travels down a nostalgic route with his silky cover of Moon River, first sung in by Audrey Hepburn for “Breakfast at Tiffany’s” back in 1961. Perfect for contemporary couples who aren’t afraid to be a teeny bit old-fashioned, this is truly a unique spin on a classic and might defy some expectations as a first dance.

Inviting an acoustic singer-songwriter to your wedding venue? This might well be the perfect tearjerker – Garrett Kato sings a lonesome tale of assurance for a departed friend’s son, but equally the stripped-back ballad can be words of romance and comfort for lovers ready to support each other through the most difficult times.

Groovy, smile-inducing summer bops make John Mayer’s 2018 new wave/funk rock track an airy accompaniment to any summer wedding. The low-budgetesque production and 80s throwback style only serve to make this song even more memorable and endearing, which is what you’d also like your big day to be, right?

A slow bluesy number for the country fans, Aldean is normally one to shy away from what he calls “sappy” songs, but the fact this was written by Tyler Hubbard with his wife Hayley in mind (and no doubt Aldean had his own wife Brittany Kerr when he heard it for the first time in his truck) gives it an honesty that’ll help make special memories for couples the world over.

Very 90s house and proud about it, Scottish DJ Calvin Harris and Albanian-born singer Dua Lipa unite for this no-holds-barred anthem that we’re sure will be motivating dance floors for years to come. The song speaks of the ease of falling in love resulting from – you guessed it, one kiss – and the track hit #1 on the UK singles chart.

We’re conscious about overusing things on our lists. The first here would probably be the word “perfect”, and the second might be the name “Ed Sheeran”. Our use of superlatives probably deserves a few eye rolls, but Ed’s presence is certainly warranted twice, especially with this 2017 waltz, written for girlfriend Cherry Seaborn. Aiming to write the biggest song of his career, “Perfect” is a wedding song through and through, hopeful of love, children, and longevity – and could there be a better way to finish our list?

Whether you’ve discovered some new favourites, enjoyed your favourite bangers or hit the skip button in disgust, we hope you’ve found our selection of contemporary wedding songs fun and inspirational!

Is your big day on the horizon, and you’re looking for a band to cover your dream song, or a DJ to conjure the ultimate playlist? At Entertainment Nation, you’ll discover hundreds of talented and highly experienced professional live wedding bands and DJs for your function. With friendly advisers on hand to help you find your dream wedding entertainment, creating an unforgettable reception has never been easier – call, e-mail or chat with us live today!

Let’s explain true documentary wedding photography. It’s been a while since we’ve done this, and Camilla & Guy’s amazing wedding (with images by York Place Studios) provides the perfect opportunity! Here at English Wedding we Read more… 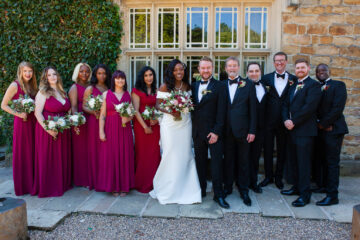 What an amazing weekend! The crazy scenes as our Lionesses won at Wembley are keeping us grinning today! Did you see the interviews? Seeing the joy on the players’ faces, hearing their hearts bursting with Read more… 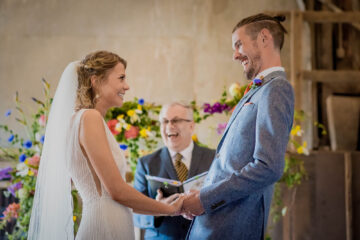 A gorgeously relaxed wedding, festival-inspired in both look and approach, from a super fun couple whose guests camped out in shepherds’ huts, bell tents and safari lodges for the occasion! All images are by English Read more…

Hey beautiful! I have real life news today... I'm really excited to be hosting a series of modern calligraphy workshops...