The rise of the female wedding photographer (go girls!)

In the year that we celebrate the hundredth anniversary of women getting the vote, it’s no surprise that female issues are big news. And the same is true in the wedding world too because over the last few years, there’s been a silent revolution going on and it really has shaken things up. I’m talking about the rise of the female wedding photographer.

If you were to rewind ten years and browse wedding magazines and the first blogs, you’d see credits that looked a whole lot different. Male photographers were the norm and female photographers made up just a tiny proportion of those working in the industry. In fact, Claire estimates that when she started this blog back in 2009, around 90% of the photographers out there were men.

Whiz forwards to 2018 and the picture is very different indeed. This split between numbers of men and women hasn’t just changed a little, it’s shifted dramatically and now, 70% of the submissions that Claire receives for these pages are from women with almost 60% of photographers listed in the English Wedding Directory being female.

Two forces have driven this change. Firstly, there’s been the snowball effect of talented women seeing other talented women working as wedding photographers and that acting as encouragement to join the profession.

Secondly, it’s down to you.

Social media has probably also played a role. Women are great at interacting online, they’re great at showing their personalities, creating rapport and developing relationships and this has helped their businesses succeed. The rise of wedding blogs has also helped here too – all the major wedding bloggers are women and these two-way relationships between bloggers and female photographers are super strong.

Female photographers are also great at supporting each other. Not a day goes by when I’m not struck by how inclusive this community is. We refer work to each other, discuss what’s working and not working for us and talk about the great weddings and little issues that we’ve had. There’s not been a time when I’ve asked my female photographer friends for advice and haven’t been overwhelmed with the response.

Of course, I’m not saying that male photographers aren’t brilliant because that’s blatantly not the case and if I had to name my favourite photographers, there would be male names on my list, including my husband as I love being a husband-and-wife photography team more than you can imagine. However, it’s the speed of the shift in the industry that’s astounding here. When you stop to think how quickly this change has occurred and how massive it’s been, it’s just astounding.

And we’ve not had to chain ourselves to railings or march with banners to achieve it. We’ve just done our best and are lucky enough to work in an industry where women can flourish.

Amanda Karen Photography is husband and wife team Amanda and James. They're based in Essex and London, and shoot beautiful weddings in a fine art style. We're huge fans of their look and approach to photographing weddings - you can see all of their English Wedding Blog features here or visit their website at www.AmandaKarenPhotography.co.uk 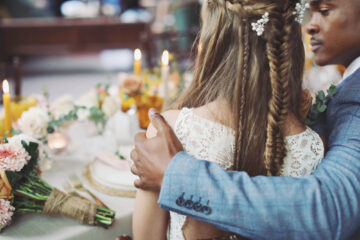 If you’re planning on getting married, this day will naturally be one of the biggest of your life, and can get a little stressful as well as exciting. Here, Jo Webber, Herbal Education Lead at Read more… 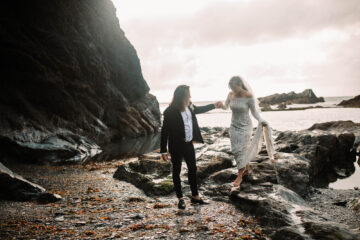 Gorgeous couple Georgie & Sam had two wedding days and booked Joan Jellett Photography to capture both! Their first wedding was an intimate ceremony at Poole Guild Hall, followed a couple of weeks later by Read more…

Wedding inspiration from Not On The High Street

I LOVE Not On The High Street. This isn’t a sponsored post (I’m massively enthusiastic about the little businesses on there, so it’s gonna sound like I’m being paid for this but I promise I’m Read more…

Happy Sunday lovelies! I hope you have a relaxing day ahead :-) We've been stargazing at Kielder Observatory so today...