Asking brides and grooms to share their own wedding stories is the best thing, ever!

Nicola’s story of her wedding to Bertie, from July last year, is one of my favourites. And the beautiful images of this traditional English wedding with a vintage flavour are just wonderful.

Wedding photographer Kirsten Mavric submitted the wedding for the blog. She sent me so many gorgeous pics I’m going to drag this one out… and trust me, you’ll adore me for it. 😉

Part one is the wedding day: from the bridal preparations in the morning to nerves, smiles, chuckles and kisses in church… I’ll hand over to Nicola to tell you more. Enjoy!

We got engaged in December and were marrying in July so there wasn’t too much time to dress shop. I basically went to look one day in January and narrowed it down to two and then reeled in my Mum to help with the final selection. Before I tried any on, I wasn’t really sure what I wanted – only that it wasn’t something strapless – but as soon as I put the “Milla” on in Sassi Holford (it’s also called Daisy on their website), I absolutely loved it.

It was practically the first one I tried on and it sounds like a cliche, but it just felt right. I did look in a couple of other places but really, I had already fallen in love with it. When my Mum saw it for the first time, she agreed it was definitely the one. It was quite simple in design and not too meringue-y. Just a classic column but made out of intricate French lace.

My shoes were some cream, open toed mid-height heels with a slight frill on the front that I bought for £50 from Debenhams by Roland Cartier. Pretty unexciting but I wasn’t too bothered about Louboutins or Jimmy Choos given that you would barely see them.

The dress had a corset inside and buttons all the way up the back, which were a bit tricky for my bridesmaids on the day but it felt fantastic when I was in it. I did have a moment a few weeks beforehand when I was worried about it being a bit too safe a choice and that I didn’t feel really special in it. But when it came to the day, I was 100% happy and had so many lovely compliments from guests. It also helped shape the feel of the whole wedding – or at least what I was trying to achieve which was a vintage, English country touch to a traditional bash.

I chose a matching cap-sleeve shrug which could be built in so that it wasn’t strapless, which created a really lovely shape and made it slightly different. You can see the diamond shape at the back on one of Kirsten’s close-up photos. I also had the neckline slightly dipped to make it a bit less boxy, which worked well.

I had a full length veil from Sassi Holford as well, which was just very simple and light. I felt it made me that bit more bridal – although on the day it proved a nightmare in the wind. There are some hilarious photos of it taking on a life of its own as I come out of the church and in the end it did actually blow off.

The showstopper was a necklace that had belonged to my husband’s late aunt, Gill, who he was very close to. We had been to stay with her widower a few months before the wedding and he invited me to look through her jewellery collection to see if there was anything that would work for the wedding. I picked out the necklace although I wasn’t sure it would work, but when I took it to my next dress fitting, it really set off my whole outfit and was another vintage touch. Again, so many people complimented me on it on the day and it meant a lot to also be wearing something from Bertie’s side of the family.

Bertie wore his own morning suit, which was made by his father’s tailor in Birmingham, John Salisbury. He and his brother had them made to match their father’s, with white facing on the waistcoats. He wore a light blue shirt from Gieves & Hawkes and a purple Turnbull & Asser tie with small white spots to match the purple of the bridesmaids. He also had a purple patterned pocket handkerchief. All the ushers had plain purple ties to go with the overall theme. I had initially wanted cornflower blue as the colour running through everything, but it was too difficult to find bridesmaid dresses to match so I switched to my back-up plan of purple. We lucked out with LK Bennett Flute dresses in lilac for just £60 and went from there.

I was born and raised in a village in Derbyshire where my parents still live and where Bertie has very strong connections so it was always the plan to have it all based there. The church is less than a mile from my parents’ house so made it all very easy. We married there at 3pm and the reception was in a marquee in a field next to my parents’ house.

In terms of jewellery, I wore a gold bracelet watch that belonged to my late grandmother on my father’s side. My Mum dug it out of her jewellery box and miraculously it still worked when you wound it up. I also wore the same grandmother’s ring, a cross over gold band with two tiny diamonds, on my right hand, and a pearl-style bracelet on the right wrist.

It is hard to sum up your own wedding briefly. I could write pages with all my recollections of the day – and actually have as a memento for the future. For us, the aim of the game was just to have all the friends and family we wanted with us and for it to be a great party.

We had a traditional church service and guests headed straight back for Prosecco and canapes while some formal photographs were taken outside the church.

See you back here tomorrow, 11am as always, for more.

Have a brilliant day! 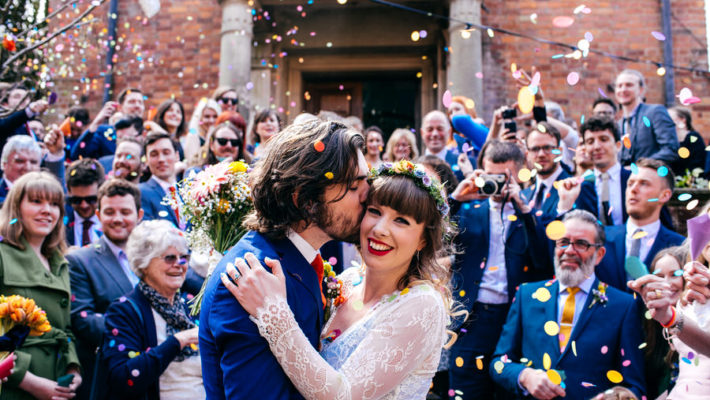 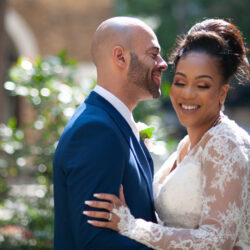 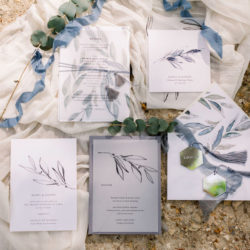 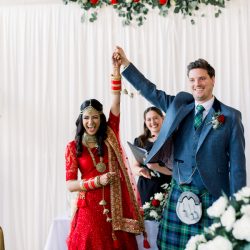 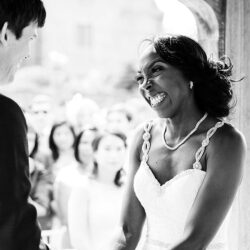 Your essential guide to getting the best wedding photos with tips for your ceremony and reception! 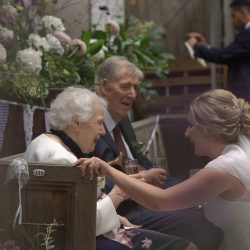 The importance of documenting our family and friends… 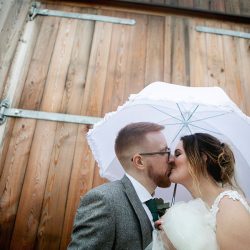 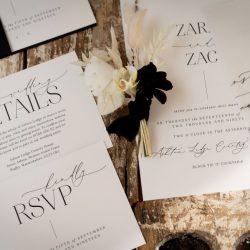 Modern Elegance in the Cotswolds countryside 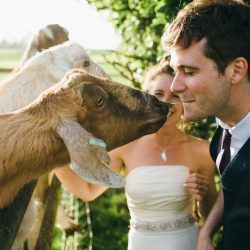 Wedding ideas for animal lovers – from pooches to peacocks! (with photos) 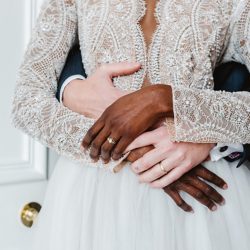 Dreaming of Provence with 📸@jobradburyphotograp

Lots of lovely advice about your wedding photograp

This stunning pair had one of those rare things -

We just LOVE this unique wedding dress from today'

I want to create something positive and permanent

We're spending the day with these stunners 😍 Vi

Why 2021 will be the year of Unplugged Weddings O

Morning lovelies! Today's shoot has all the most incredible details and ideas for a modern, romantic wedding in ...